Twas the Night Before Christmas

Paul began clearing away the dinner plates.  Crystal hadn’t planned on spending Christmas Eve with Paul, but once again she couldn’t pass up being with him.  He said he planned an entire evening together as a Christmas gift for her.

She noticed that he was acting a little strange, well stranger than normal for him.  She let it go, wanting to let him bring it up. He led her into the living room, and she found it lit with candles and the lights from the tree.  “It’s lovely,” she whispered.

He looked pleased.  “I have something else for you,” he said with a shy smile.

Crystal smiled back at him, “Paul, you don’t have to do all this.” She started.

“Just give me a minute,” Paul said, and left the room.  She heard the water running for a minute in the bathroom, and he returned.  He was naked, his glorious body all shadows and highlights in the candle light.  She noticed that he’d shaved his beard, and he looked even younger without it. His long, pale hair hung loose to his shoulders.  She grinned as her eyes found his hard cock, topped with a bright red bow.

“Is that for me?” she asked, pointing at the bow?

“Come here,” she crooked a finger at him.  He walked over to her and sat at her feet.  “No, here” she pointed at the couch.  He sat next to her, her clothed state only made his nudity more pronounced.  She laid a hand on her cheek, exploring his new un-bearded state.  She kissed him, feeling his lips melt against hers.  His hands came up and tangled in her hair, kissing her harder than he ever had before.

He broke the kiss, and whispered, “Oh my goddess, tonight I want to worship you.”  He slowly began undressing her, carefully laying her clothing over the back of the couch.

Crystal let him undress her, moving to help him only when necessary.  With each item of clothing he removed, he paused to kiss and lick her revealed skin. Crystal found herself sighing and moaning at each kiss.  When he freed her breasts, he worshiped them. His mouth closed over her nipple, sucking softly.

Crystal moaned softly, and laid back enjoying the feeling.  Her hands tangled in his hair, and she felt him shift from one nipple to the other.  She felt a tingling in her pussy.  He began to run his teeth over her nipples.

Crystal’s moans increased and she clamped her legs together, feeling her wetness seeping out.  She hadn’t believed that she could orgasm without some sort of clitoral stimulation, but here she was on the edge of orgasm, while this gorgeous young man toyed with her nipples.  Crystal growled her orgasm, shocked to feel it pulled from her so quickly.

Paul moved away from her nipples then, and began to kiss his way down her belly.  He inhaled deeply, “I love the scent of you,” he effused.  “You have the most wonderful musk” his tongue lapped at her.  “I could taste you forever,” he murmured before burying his face in her pussy. 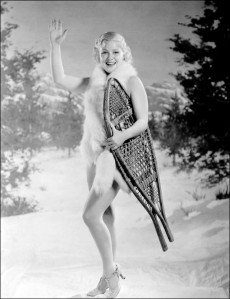 Crystal blushed and sighed at his words.  She’d grown used to his worshipful language.  At first, she wondered if it was a line – something he cultivated to woo women.  But over time, she’d come to realize this was simply him.  Tonight, she found it particularly arousing to listen to him.

He worshiped her pussy with his mouth, his tongue, and when he raised his head long enough, his words.  She watched the candlelight reflect in his white hair, and felt her pussy tingle.  Paul’s tongue probed inside her pussy, and she moaned.  His tongue fucked her, while she rocked her hips toward him.

He continued to glorify her and her pussy until she came again.  As he moved away from her, she stretched languidly.  Her skin felt electrified.  “Oh Paul,” she sighed at him, “that was heavenly.”  He stayed on the floor, rising to his knees.

She saw his cock, still hard and topped with a bow.  It glistened with pre-cum, and Crystal licked her lips.  She rose slowly from the couch, “Come with me” she ordered.  For the first time, she led Paul to her bedroom.  She climbed on the bed and Paul followed her.

She lay back and Paul gazed at her a moment, before climbing on top of her.  She felt his hard body, the iron bands of his arms as his held himself above her.  She rubbed her pussy against his erection, trying to guide him inside without touching him.  Her movements made him growl, and he seemed to be fighting to enter her slowly.

She sighed as his cock filled her, and she murmured his name.  It may have been her whisper, but it was like he was unleashed.  He growled and looked down at her, his eyes almost feral.

He moaned and quickened his pace.  This she realized was a different form of worship, a feverish, ecstatic worship of not only her but of their sex.  She met him thrust for thrust and felt herself overwhelmed once again.

They came together, and he slowly lowered himself next to her.  She curled around him, “Stay, tonight” she murmured into his ear. She felt him smile and he nodded.

“It will be the final part of my gift to you,” he said quietly, and they both drifted off to sleep.