The Christmas season had swept in like a California heatwave. And there was a heatwave. Crystal used to hate the holidays, but last year she’d met Paul, and he had changed her views about Christmas and a few other holidays as well. 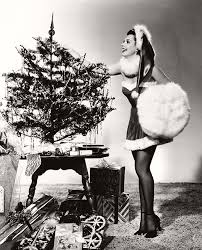 There was still a mystery about him, something almost otherworldly. She didn’t know what he did for a living, but he was never without money. Throughout the year, he traveled but she didn’t know where. What she did know, and what mattered most to her was when he came back to her. Crystal never asked, she never pressed for details; she welcomed him back when he returned.

Today he returned home, his long, pale hair hanging loose around his shoulders, and he was beautiful as always.

“Welcome home,” she called from the kitchen putting the finishing touches on dinner. He came into the kitchen, and wrapped his arms around her. He kissed the top of her head, pulling her close – her back pressed against his chest.

“Oh my queen, you did not have to do all this work,” he murmured into her ear. His hands splayed over her hips. “Let me serve you at least.”

She untangled herself from his arms, and stepped up on her toes to kiss him. As always, it stole her breath to stare into his icy blue eyes. He held her tightly, her hands tangled in his hair. Their lips locked together, until the kitchen timer tore them apart.

Crystal knew it was pointless to argue, so she took her drink and left him in the kitchen. He served diner with the elegance and grace that always made her wonder just where he came from. After dinner, he poured them both glasses of wine and they sat together in front of the Christmas tree. It was the first she’d ever had in her place. 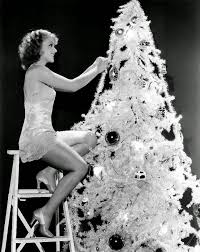 “The tree is lovely,” he said, his eyes glittering in lights. “I am glad you decided to have one this year.” He turned from the tree to look back at her, “How can I show my appreciation for that wonderful dinner?” he asked, sliding closer to her and opening his arms.

She smiled at him, “I want to watch you.”

He stopped moving and frowned, “What do you mean?”

She shifted on the rug, letting her dress ride up her thighs. “I want to watch you pleasure yourself.”

He cocked his head, considering the request. Then, without a word, he stood up. He stripped out of his shirt and tossed it toward the couch. He shimmied out of his jeans, slowly and sensually.

Crystal watched as his jeans slid lower, revealing more and more of him. He shook out his hair and stood nude before her. She watched as his hand slid down his belly, and she knew what those ridges of muscles felt like. She’d touched and tasted every inch of him.

She smiled feeling herself flushing with desire; he was putting on far more of a show than she expected. Or maybe she was responding more than she’d expected.

He wrapped his fingers around his cock. He stroked slowly, his eyes trained on her. Her gaze shifted from his hand to his eyes, moving with the same languid speed of his strokes. 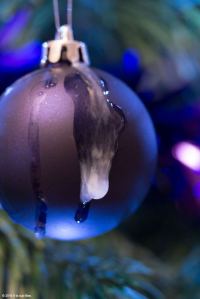 His free hand moved to his chest, and he began rubbing his nipples in time with his cock. His face twisted and he bit his lip. She knew that expression had seen it a hundred times before. She watched his hand moving faster, and his grip tightened.

Her breathing increased with his, and she shifted sitting on her knees. Crystal was surprised to hear herself moan, the only sound outside the slick slapping of his flesh. She tore her eyes away from his cock, meeting his eyes.

She held his gaze, and she watched him struggle to keep his eyes open to watch her watching him. He let out a low groan as he came, and his eyes fluttered closed. Crystal’s eyes dropped back to his cock, watching as his hand milking every drop.