The night was cold and clear when Samantha started setting up her altar. She wrapped a cloak tighter around herself and stamped her booted feet. Even if it was the winter solstice, she had hoped it would be a little warmer.

She shivered her way through the invocations, but still felt the comforting energy of the ritual. She’d laid a fire, a small one, nothing that could compete with the bonfires the coven used, but enough to chase off the chill. She watched the pine boughs and holly catch fire and send showers of sparks into the air.

She drank her mulled wine, and settled herself next to her fire. With her cloak wrapped around her naked flesh and the fire, she started to warm up. The fire and warm lulled her, leaving her feeling relaxed and languid.

When Lew entered the clearing, she smiled and let her cloak fall to the ground underneath her. “Well met, Lew” she said to him.

He took in her nakedness, Well met, Samantha.” His eyes moved over her, before returning to her eyes. “Am I late?”

She shook her head, her straight blond hair tickling her back. “You are right on time” she poured him a glass of wine, “drink?”

He joined her on the ground, next to the fire, and took the cup with a nod of thanks. He sipped the wine, and unbuttoned his coat, revealing his own bare flesh. Like Samantha, he left his boots on.

He looked even better naked, Samantha thought, her gaze moving over him slowly. She rose up on her knees, and sat facing him. He echoed her movement, setting his wine aside. She reached for him, her hands tangling in his long copper hair, and she met his eyes “Hail the Holly King.”

He smiled, and laid his hands on her shoulders, “Hail Freyja.” And he leaned forward and kissed her, softly at first until she leaned in and deepened the kiss.

He wrapped his arms around her, breaking this kiss to begin planting kisses on her neck and down to her collar bone. She had a pentacle tattoo underneath her breasts and he traced the lines with his tongue.

Samantha shivered no longer from the cold. She shifted, laying on her back. Brushing his hair back from his face and he looked down at her, “You’re beautiful.”

She blushed and said nothing as he slipped between her thighs. His weight was balanced on his arms, and Samantha felt the press of his cock against her. He whispered a quiet phrase, perhaps a prayer or invocation. A wave of power washed over her, the magick tolling like a bell in her ears.

With the magick still ringing, she whispered “Now.”

He pressed into her, and they both held their breaths for a moment. She let out a low moan, and wrapped her legs around him, pulling him closer. And as he pressed fully inside, she gasped out her own invocation. And their magick melded, the tolling bell of his words mixed with the drumbeat of her own words.

Their spells set the pace, and they moved slowly, languidly in the heat of the fire. Samantha ran her hands down his arms, the snakes tattooed there seemed to shift and writhe in the firelight. She tilted her hips and urged him on, demanding more.

Lew moaned at her words and increased his speed. Samantha reached one hand between them, rubbing her clit. As she reached her own climax, her pussy clamped around his cock. Her cry carried through the clearing, and was soon joined by Lew’s cry.

After, they lay together drinking the last of the mulled wine. Samantha rested her head on his chest, and they both gazed at the stars glittering in the sky.

“Look” he pointed at the large oak. She followed the line of his finger, noting that the morning star hung just above the tree. “A solstice gift from the gods.”

She stared at the star and glanced up at him. “That’s auspicious.”

He missed the top of her head. “Happy solstice,” he said.

And together they watched the newborn sun rise. 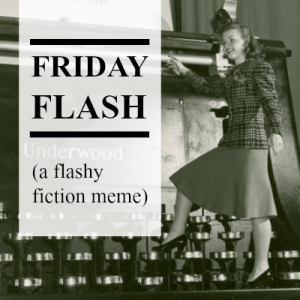