Princess had been a brat the last time she played with her Daddy. She’d talked back and worse, had an orgasm without his approval. Today, she expected that she would get her punishment for her misbehavior. Or course, Princess was looking forward to the punishment. She was naked, as he ordered, and waited in the playroom for him. 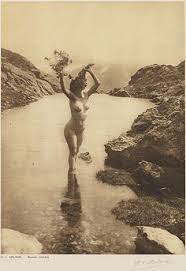 Daddy wore his dark suit and looked delicious. “Come here, Princess” he snapped his fingers at her. She stepped further into the room, suddenly less sure. He wasn’t standing next to the spanking bench or even the whipping post – no he was standing in the center of the room. “Now, Princess.” She knew that tone and hurried over to stand next to him.

She’d expected a good, long spanking, but instead Daddy clamped manacles, what looked like old pirate movie handcuffs, around her wrists. Then she noticed the hook in the ceiling. Daddy left enough slack that she could stand flatfooted, but only barely.

“You’ve been a brat all week,” Daddy said, giving her ass a slap.

Princess liked where this was going. “I’ve been naughty, Daddy.  I’m sorry.” She pouted at him, expecting to him to continue with the spanking. But he stopped spanking her, and stepped back to look at her. He kissed her softly, and she leaned into him, as far as the manacles allowed.

He broke the kiss and walked across the room. Princess watched as he spread lubricant over his thick fingers. She couldn’t figure out how he was going to punish her, unless he was going to seductively rub his hands all evening.

Daddy returned to her side, his lubed hand cupping her vulva. “You are going to tell me every time you come,” he said his fingers slipping between her lips.

Princess shivered a little at the cold lube on his fingers, and at the impending punishment. She’d played with forced orgasm, but as a punishment, this would be more intense.

He began softly rubbing her clit.

The manacles were nefarious. She couldn’t move away from his hand, as there wasn’t enough slake in the chain, unless she wanted to be on her toes. Worse she couldn’t lean into his hand for more pressure. He met her eyes as she was finally understanding his punishment. “You are wicked,” she smiled at him.

He increased the pressure of his fingers, “A punishment shouldn’t make you smile.”

The increased pressure made her moan, but she kept her smile. And then he slipped his fingers inside her. He had just the right angle for the back of his hand to press against her clit and his fingertips angled in the way he knew made her squirm. She whimpered as he started pumping his fingers.

Princess shifted a little, unable to lessen the pressure he applied. He kept up his pace, keeping his hand pressed tightly against her, and watching her face. It wasn’t long before she was begging to orgasm. The pressure was too intense for her to hold back, especially with his fingers stroking her g spot with every thrust.

“Go ahead, Princess” he sped up his pumping, as she cried out her legs shaking.

He didn’t stop or slow his pace. The stimulation was constant, hard and fast – everything she loved in the perfect proportion to make her come. She sagged slightly, the manacles pulling at her arms, but not letting her drop to the ground. The position made it even more intense. She could feel the warmth of his body, but he touched so little of her it made her hyper sensitive.

After another orgasm, she found herself begging; “please Daddy, please.” Even when he asked, she wasn’t sure what she was asking for. She didn’t want him to stop, and she knew he wasn’t going stop her from coming. But her begging continued.

He leaned closer to her, whispering in her ear. “Come for me Princess.”

For a moment Princess felt like she had to pee, felt more pressure than she’d experienced from an orgasm. But the constant pressure from his fingers and hand coupled with his whispered prodding made her let go. She cried out and felt the gush of liquid flood her thighs and spatter to the floor.

Her legs shook and she panted leaning against him, as he slowed his fingers. He wrapped his arms around her, making sure she didn’t hurt her arms. “Good girl,” he said to her, still helping her stand.

She raised her head and looked at him, “That’s never happened before.” She found her footing and while still remaining his arms, stood. “Did I squirt?”

She nodded immediately and fervently. “I think that was the most intense orgasm I’ve ever had.”

He began unlocking the manacles.

“Wait,” Princess said quickly, “Can we try it again? I don’t think I’ve learned my lesson.”